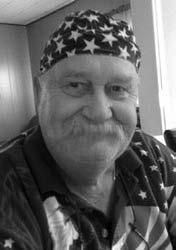 Billy’s life began on September 24, 1937, the son of Richard and Florence (Graham) Starkey in Eureka, Kansas. He graduated from Eureka High School Class of 1956 and was a member of the National Guard before serving in the U.S. Navy. He attended Emporia College for one year and retired from Coastal Refinery as an operator. Billy was a member of the First Christian Church where he served as an elder/deacon. He was also an avid sports fan. He loved Jayhawk sports and was a referee for basketball and football and a baseball umpire 30+ years along with coaching for many years. Last Saturday, January 13, 2018, Billy was inducted into the El Dorado Baseball Hall of Fame. His loving family includes his daughter, Gina Butler; son, Scott Starkey (Angie Sader) all of El Dorado; siblings, Harold (Pat) Juby and Colleen (Jack) Sutter all of Rosalia; grandchildren, Amber (Spencer) Stewart, Ty Butler, Mikayla, Gage, Gavin and Blake Starkey and Tyler Sader; 4 great-grandchildren. Billy was preceded in death by his parents; 8 siblings, and a son-in-law, Tony Butler. Billy passed away, Tuesday, January 16, 2018, having reached the age of 80 years old. Billy’s memorial service will be held, Saturday, February 3, at 11:00 a.m. at the First Christian Church with Pastor Stan Seymour officiating. He will be laid to rest in Eureka Cemetery in a private family service. Memorial contributions in his name may be directed to the El Dorado Baseball Hall of Fame in care of Carlson Funeral Home, 200 S. Star Street, El Dorado, Kansas 67042. Please sign his online guest book and leave a memory of Billy at www.carlsoncolonial.com