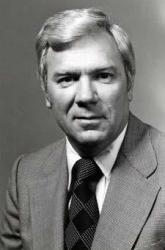 Robert F. “Bob” Lewis, age 89, Montgomery, Texas, passed away unexpectedly Tuesday, June 26, 2018, surrounded by his loving family. He was born August 4, 1928 in Cleveland, Oklahoma, to Charles Robert Lewis and Lucy Helen (Crook) Lewis. Bob’s growing-up-years were spent in Oklahoma, California and various points in Kansas. Early summer of 1942, the Lewis family moved from Hays, Kansas to the small town of Eureka, Kansas, located in the Flint Hills area of the state. Bob was a Boy Scout. By his second summer in Eureka, he was within one merit badge of having achieved the rank of Eagle Scout. Regretfully, the scout master was “called up” for military service and the troop was disbanded. Disappointed but not discouraged, he decided to go ahead with his plans to earn the bicycle merit badge in scouting by making a trip on his silver bike to Cleveland, Oklahoma—a distance of 120 miles! None of his friends were interested in accompanying him, and since he was only fourteen, it took some serious persuading before his parents finally gave their consent for him to go by himself. But they always put a lot of faith and trust in their son—besides that, things were different in 1943. The eventful trip was Bob’s ‘adventure of a lifetime’. It was completed as planned and in some respects it exceeded all expectations. It was a life-lesson learned—that with careful planning and determination many goals can be achieved. But still, he never received the rank of an Eagle Scout—a major disappointment he continued to regret through his lifetime. When Bob enrolled in Eureka High School as a freshman, he was just the ‘new kid’ in town, but he was soon recognized as a promising athlete. He also played the trombone in the band, where, in summer band practice, he first caught the eye of Wilma Leigh Straight—a hometown girl who played the clarinet. Bob and Leigh began dating during their sophomore year. When he was a senior, Bob (being captain of the football team) was named Football King at the school dance, and Leigh, was voted by the student body to be Football Queen. In the fall of 1946, Bob headed off to Kansas State in Manhattan. He was a three-sport athlete while there, a member of the University’s “K” Club, and a brother in the Sigma Phi Epsilon social fraternity. Both Bob and Leigh were awarded Bachelor degrees from K-State in May 1950. They were married August 20, 1950. 1951-52, during the Korean conflict, Bob served in the Army of the United States. In1953, he went to work for Phillips Petroleum Company in the Exploration and Production Department; in 1960 he transferred to Phillips 66 Marketing. During those early years with Phillips, the family had several relocation addresses in Kansas, Oklahoma, Texas, Louisiana and back to Texas. After 33 years, Bob retired in 1986. Bob was a skilled golfer. Among his greatest pleasures was to travel with Leigh and play on many of America’s great courses. He also enjoyed cooking and reading. He took great pride in his gardening efforts while maintaining a home for his family, all the while, revealing his tender heart for the family pets. Friends often sought his wise counsel, declaring that “he just always knew what to do”. Bob was a thoughtful, pleasant man, always holding a personal regard for family, friends and co-workers. He was a man of integrity who will be favorably remembered and missed by those who knew him well. Bob and Leigh were married almost sixty-eight years, but they were sweethearts for seventy-four. He is survived by his wife Leigh; his children: Bart Lewis (Karla), Wade Lewis and Natalie Lewis; his brother Tom Lewis of Lyndon, Kansas; sister Sara Post of Sioux Falls, South Dakota; five grandchildren; Tamara Alexander (Jason), Zachary Lewis (Eva), Matthew Lewis, Daniel Lewis and Kimberly Lewis; and three great-grandchildren; Xavier, Talia and Dean. Cremation has been effected by Metcalf Funeral Directors, Conroe, Texas. There will be no formal memorial services. Thoughtful memorial contributions may be made to Cal Farley’s, P.O. Box 1890, Amarillo, Texas 79174.